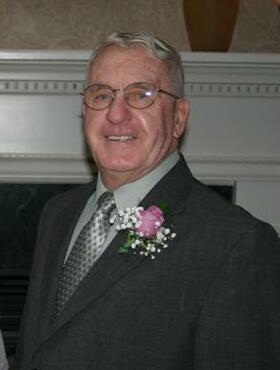 Raymond Scully, 95, of Danbury, devoted husband of the late Annette (Morin) Scully, died peacefully at his home on Friday, September 3, 2021.  He was born in Notre-Dame-Des-Pins, Quebec, Canada on July 29, 1926, son of the late Willie and Adelaide (Poulin) Scully.

Ray came to Connecticut in the early 1950’s in search of work, settling first in Bristol, and found a job at Associated Spring Co.  Wanting to work in construction, he moved to Newtown and began driving a dump truck for E. Paul Kovacs Construction Co. in Danbury and learned to operate a shovel.  Known as “Frenchie” on the job, Ray then went on to work as a crane operator for Mariano Brothers for over 20 years and was a proud member of the Union of Operating Engineers, Local 478 for over 60 years.

He met Annette on a blind date in 1953 in St. Georges, Quebec, Canada.  They corresponded back and forth until Annette moved to Connecticut.  They returned to St. Georges, Quebec to be married on July 21, 1956, at l’Eglise de L’Assomption on July 21, 1956.  They purchased a lot in Danbury and together built the home where they raised three children.

After Ray retired, he and Annette traveled extensively throughout the United States and Canada in their motorhome.  They wintered in Arizona, Texas, and Florida, where they enjoyed making new friends and staying active by playing shuffleboard, bocce, cards, and dancing.

Ray was a jack-of-all-trades and could fix just about anything.  He spent hours in the garage where he would take things apart, just to figure out how it worked.  Many items that most people would throw away, Dad would repair it and make it work again.  Buying something new wasn’t fun for him when he could fix something that was old.  His interest in figuring out how things worked extended to technology in retirement.  He taught himself how to type, learned email, word processing, spreadsheets, and Skyping with family members.

In addition to his parents, and wife Annette, he is predeceased by all 9 of his siblings.  He leaves many nieces and nephews both in Canada and the U.S.

Dad was a kind and patient man, always smiling, and was liked by all who had the pleasure of knowing him.

A Mass of Christian Burial will be celebrated on Saturday, September 11, 2021, at 11:00 am at Sacred Heart of Jesus Church, 12 Cottage Street, Danbury.  Interment of his cremated remains will take place in St. Georges, Quebec, Canada at a later date.

Memorial Contributions in his memory may be made to Regional Hospice and Homecare of Western CT, 30 Milestone Road, Danbury, CT  06810, or online at https://regionalhospicect.org/

The family would like to especially recognize Dad’s wonderful caregivers:  Linda, Janice, and Ashley, for the exceptional care that they provided.

Share Your Memory of
Raymond
Upload Your Memory View All Memories
Be the first to upload a memory!
Share A Memory
Send Flowers