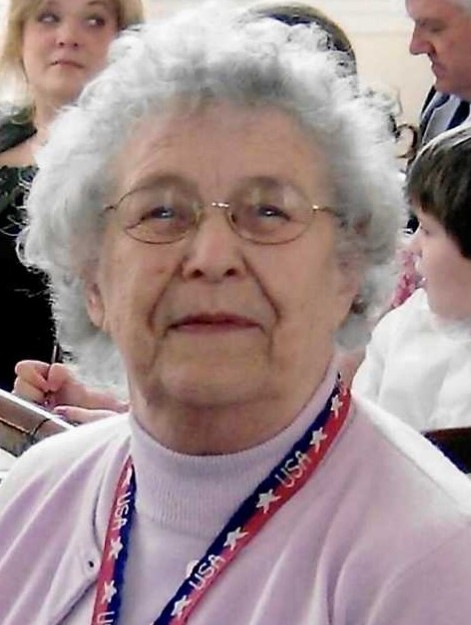 Bethel– Mrs. Marion Louise (Webb) Whitlock, age 91, of Bethel, passed away peacefully on Monday June 7, 2021. She was the widow of Ellsworth Whitlock, Jr. Mrs. Whitlock was born December 12, 1929 in Danbury, daughter of the late Herbert A. and Helen V. (Bush) Webb. She was a lifelong resident of Bethel and a member of the United Methodist Church of Bethel where she was a former Sunday school teacher and sung in the choir. She loved her family, enjoyed cooking wonderful Holiday dinners for them and helping out at Whitlock’s Café. Mrs. Whitlock is survived by her five sons: Thomas Whitlock (Heather) of New Milford, Gary Whitlock (Kristen) of New Milford, Jay Whitlock (Tammy) of Bethel, Robert Whitlock (Colleen) of North Richland Hills, TX and Mark Whitlock (Tammy) of Plymouth, CT, her grandchildren and great-grandchildren, her sister: Eleanor Veihlmann and her husband Ernie of Coral Springs, FL, her sister-inlaw: Regina Whitlock of Bethel and several nieces, nephews and cousins. She was predeceased by her sister: Marjorie Mirabito Ohana. Private funeral services and burial will be held at the convenience of the family. There are no calling hours.

Share Your Memory of
Marion
Upload Your Memory View All Memories
Be the first to upload a memory!
Share A Memory
Plant a Tree