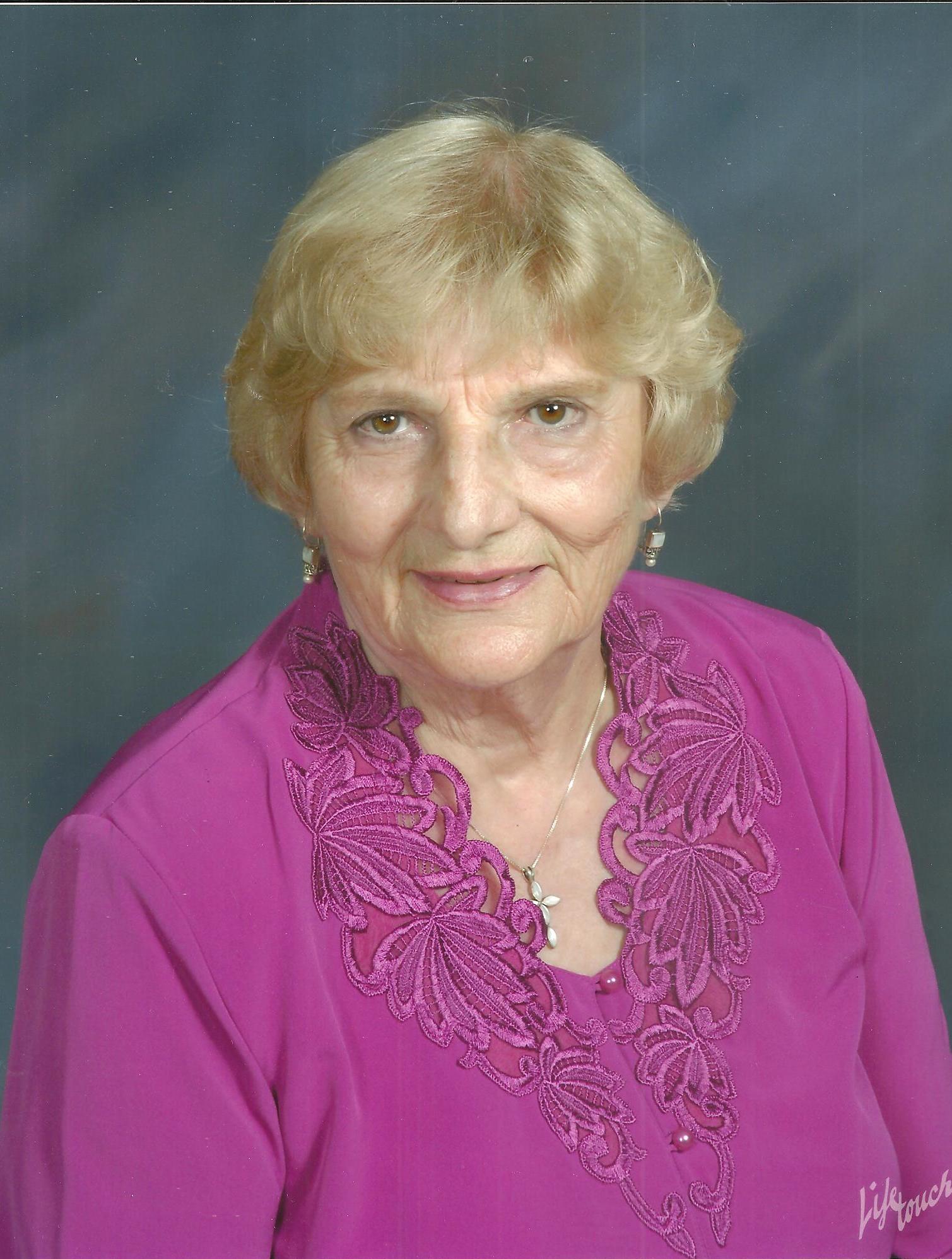 Mrs. Felicitas (Hilscher) Dahlmeyer, age 90, a long-time resident of Danbury, CT died Monday, May 4, 2020 at Village Crest in New Milford, CT. She was the widow of Helmut G. Dahlmeyer.

Born on May 14, 1929 in the little village of Schnellewalde, Oberschlesien, Germany was the daughter of the late Max and Ida Hilscher.

Felicitas was known as “Feli” to her husband, Mom to her kids, Omi to her grandkids, “Tante” or Aunt Feli, Felice, or even Felicitas to her nieces and nephews.

Growing up on a dairy farm in Germany, the family was removed from their home during WWII by the Russian Army and they all lived in one room for six years until moving to Freiburg, Germany. Sadly her older brother, Heinz, was reported to be MIA during this conflict.

Felicitas became an operating room nurse and worked at the American Red Cross for many years. While working as a nurse, she met a young man named Helmut as her patient who had broken his leg. Smitten with her, he was determined to marry her, and on October 31st, 1956 they were married. She became pregnant right away with their son, Detlef, and followed her husband, nine months after Detlef was born, to America where he had established himself in an apartment in Norwalk, CT. There they had two more girls, Sylvia and Iris. In 1963, they built the family home in Danbury, CT.

Felicitas loved people. She was close friends with many of her neighbors. She played volleyball at her kids elementary school, and was a Campfire Girl Leader when her daughters were members. She also enjoyed a variety of clubs including a square dancing club with her husband. But the most significant club they joined was the Arion Singing Society. There, she enjoyed her German culture with many fellow Germans where she sang and competed in their choir and danced at their many festive events including their annual Oktoberfest, Schlachtfest, Hawaiian Dance and Christmas Party. She was heavily involved in the German club and was in charge of making all the reservations for the wonderful galas.

A woman of many talents, Felicitas enjoyed working with her hands and was truly a master at crocheting, knitting, sewing, macraméing, and embroidering. She crocheted many afghans with matching pillows for the Arion Club's annual Christkindlmarkt to  be raffled off, which everyone anticipated to see if they had the winning ticket.

During the years of raising her three children, Felicitas was a department manager at W.T. Grant, and then a manager at Toyrific. She was proud to be able to pay for the family Christmas trip to Germany where they visited all their relatives. Other vacations her family shared together included Niagara Falls, many camping trips to Florida, including Disney World, and even an Alaskan cruise. Loving to travel, she and Helmut shared their lifetime on his many motorcycles he owned throughout the years. When they were married in Germany, the tale that was told is that they drove away on his motorcycle after the ceremony. They went everywhere on the “bike” with many other riders, including a trip to Nova Scotia.

All that being said, Felicitas's family was her greatest love of all. She stood by her husband as a loving and faithful wife for 54 years until “death did they part” in 2010. She was probably the closest thing to the perfect mom. She trained up her children knowing the Lord and prayed every night a little German bedtime prayer. She would read and sing to her kids, teach them how to speak a little German, cook, bake, clean, garden, sew, knit, crochet...anything that she could pass down to them, she did. She went to all her kids' athletic events, dance rehearsals and recitals, and more, and then did the same for her grandkids. They would have sleepovers with their Omi and play games with her and make memories of their own. Along came the blessings of the great grandkids and once again, she would love them with all her heart. She made all the family holiday's more special than ever. Some of the most fondest of them all would be the Annual Christmas Cookie Baking Day where the whole family would bake and frost for hours as she rolled out the dough the entire time.

Felicitas was predeceased by her son Detlef Dahlmeyer. She will be deeply missed by her daughters, Sylvia Dahlmeyer Diaz and her husband, Danny Diaz of New Milford, CT, and her youngest daughter, Iris Bartke of Brookfield, CT. Also surviving her is her loving brother, Peter and Lucy Hilscher and their family of Germany, and sister-in-law, Waltraud Hoffman of Germany and her family.

She will also be sadly missed by her nine grandchildren. Detlef's three children: Justin Dahlmeyer and his wife Heather, Teresa Dahlmeyer (Miller) and Jack, and Alexander Dahlmeyer.

A Memorial service for Mrs. Dahlmeyer will be held at a time to be announced. There are no calling hours. The Brookfield Funeral Home, 786 Federal Road, Brookfield, CT is in charge of arrangements.

Share Your Memory of
Felicitas
Upload Your Memory View All Memories
Be the first to upload a memory!
Share A Memory
Plant a Tree