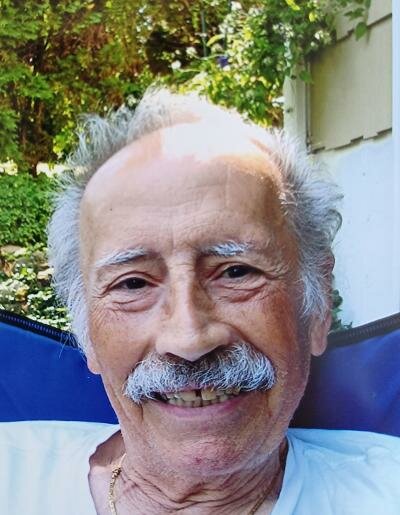 Obituary of Donald I Bertoli

Donald Italo Bertoli, cherished husband, father and grandfather, beloved by all who knew him, passed away peacefully at home on Friday, June 10, 2022, surrounded by family. He was born in Brooklyn, New York, on August 21, 1935, son of Louis Bertoli of Pittsburgh, Pennsylvania and Teresa Rossi of Parma, Italy. In 1938, at the age of 3, as war escalated in Europe, he traveled to Italy with his mother, Teresa, via steamship, and along with his 5-year-old brother, was left behind in the care of his paternal grandmother, Terenzia. He spent the next 13 years in Isola di Compiano, a small town in the province of Parma, Italy, experiencing the traumas of war, but also the loving care of a doting grandparent. He attended elementary and middle school in the neighboring town of Compiano, Italy, and also studied music, becoming a virtuoso on the accordion. In 1951, at the age of 16, Donald rejoined his father in the United States. He attended Seward Park High School in lower Manhattan, NY, graduating in 1955, and St. John’s University, where he studied engineering. He spent his professional career as an electrical designer, working at a firm in lower Manhattan until his retirement in 1992. In addition to his career as an electrical designer, he also supported himself and his family as a professional accordionist, performing both American and Italian music in clubs and establishments throughout the northeast, using his incredible talent to bring joy into the lives of all who came to listen, and attracting a devoted coterie of fans, many of whom became lifelong friends. It was in one of these establishments – the White Oak Club in Manhattan – that he met his future wife, Franca Bosio. They married in 1963, settling in Queens, New York, later moving to Brookfield, Connecticut. Their daughter, Donna, was born in 1967. Although he spent his adult life in the United States, Donald’s heart was always in Italy where he spent his childhood, in the lush hills and valleys of Isola di Compiano, with his grandmother, Terenzia, his friends, and family. Fifteen years ago, he succeeded in restoring the family home in Isola that he inherited from his grandparents, and spent many happy times there. Donald was predeceased by his parents, Louis Bertoli and Teresa Rossi, and his brothers, John Bertoli and Ronald Pedini. He is survived by his loving wife, Franca Bertoli, his daughter, Donna Bertoli Vinci and her husband, Matt Vinci, and his grandson, Matthew Donald Vinci, whom he adored. Memorial services are being planned for a later date.

Share Your Memory of
Donald
Upload Your Memory View All Memories
Be the first to upload a memory!
Share A Memory
Plant a Tree