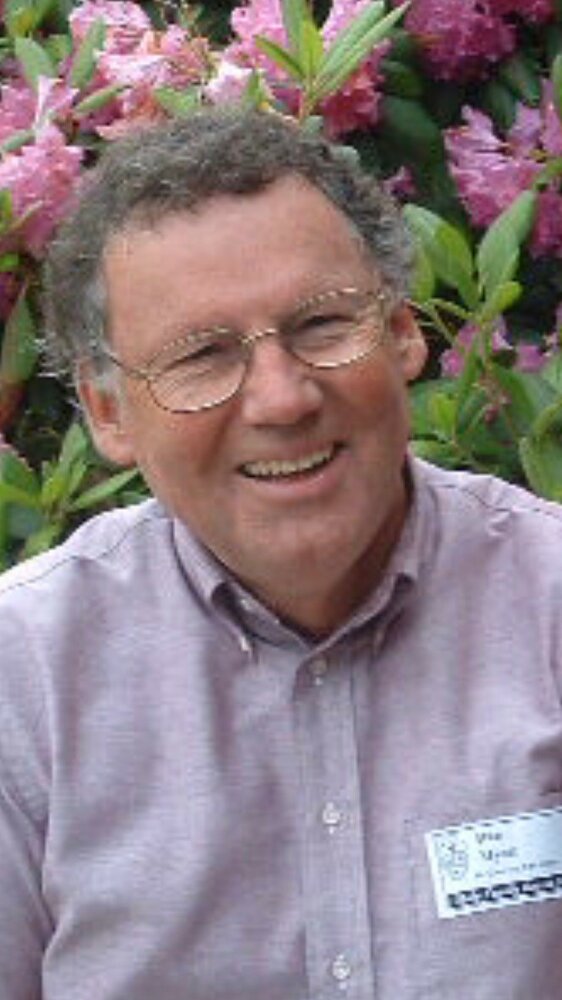 Deacon Daniel N. Myott, 84, of Danbury, beloved husband of Phyllis Myott, died peacefully at Bethel Healthcare on Thursday, January 27th.  He was born in Portland, ME on September 15, 1937, son of the late Norman and Madeline (Huston) Myott.  Dan was a Veteran of the United States Air force during peacetime, where he served as Staff Sergeant for the 131st Tactical Fighter Squadron, stationed in Germany and in Northern Africa. Dan's degree in electronics and passion for engineering led to a 37-year career at scientific instrument maker PerkinElmer, where he worked in various positions in sales and service. During a snowy day off in an early PerkinElmer training program in the Poconos, Dan skied up to a tow bar line and met the love of his life, Phyllis Becker. Dan and Phyllis married after a whirlwind courtship, and embarked on the adventure of their lives after children Felicia, Michelle and Paul arrived in short order. Their life together spanned 57 years and was wreathed in love, laughter and faith, and culminated in the arrival of Dan’s pride and joy, his nine grandchildren - triplets Daniel, Katharine and Joseph Dixon, William, Adele and Timothy Whitlock, and MaryKate, Amanda and Christopher Myott. Dan has bequeathed to each of them his love of skiing, camping, travel, fast cars, sailing and family vacations at the ocean. But the greatest gifts he has passed along is how closely he cherished family and friends and his infectious sense of humor.

Dan was a man of deep faith and was ordained a Deacon in the Catholic Church in 1992. He served at St. Gregory the Great parish, where he and Phyllis have been devoted parishioners for over 50 years. Dan lived his vocation fully and was happiest serving others – he felt his calling was to serve the least among us, and he spent countless volunteer hours at the Dorothy Day Soup Kitchen, Shelter for the Homeless, and Americares. His favorite parish ministries were administering the sacrament of baptism and ministering to the aged at Glen Hill Center. He will be greatly missed and remembered fondly by the St. Gregory the Great family, who supported Dan after he suffered a debilitating stroke in 2007.

In addition to his cherished wife of 57 years, Dan will be deeply missed by his three children, Felicia Dixon, Michelle Whitlock, and Paul Myott, his loving son-in-law Thomas Dixon, as well as by his devoted grandchildren, his brother, Stephen Myott and his wife, Linda, and Dan's sister, Susan Downes. He will also be missed by a wonderful circle of friends, with whom he shared a truly unique bond. Finally, he will be missed by all who were lucky enough to know his warm smile and caring embrace.

A Mass of Christian Burial will be celebrated at St. Gregory the Great Church on Monday, January 31st at 11:00am.  Cremation and interment in St. Peter Cemetery will take place at a later date.

The family will receive friends at the church on Sunday between the hours of 3:00 – 6:00pm.

In keeping with Dan's loving nature and desire to serve the needy, in lieu of flowers, the family asks that contributions be directed to St. Gregory the Great Church, Deacon Dan Myott Memorial, 85 Great Plain Rd. Danbury, CT. 06811. All contributions will be used for parishioners with financial need.

Share Your Memory of
Deacon Daniel
Upload Your Memory View All Memories
Be the first to upload a memory!
Share A Memory
Send Flowers
Plant a Tree