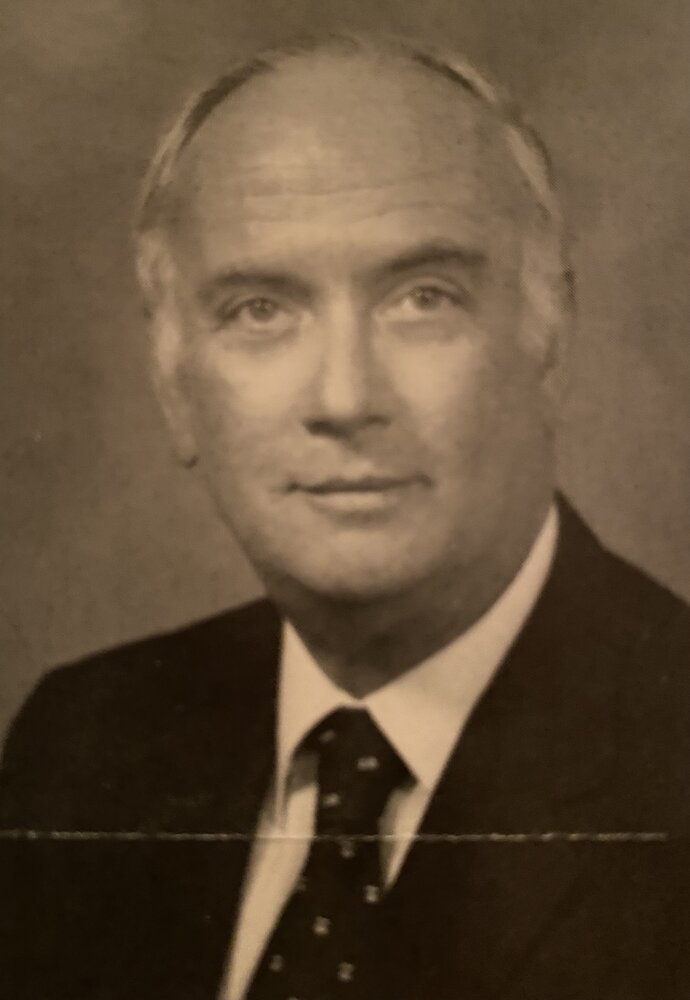 Dr. Paul J. Coleman of Danbury died August 20, 2021. He was the husband of Patricia (Connolly) Coleman. He was born in Boston on March 11, 1929, the son of the late Walter and Anna Coleman. He was raised in Watertown, Massachusetts and attended local Parochial Schools and Boston College High.  In 1950, he graduated Cum Laude with a Bachelor of Science from Boston College. He received his M.D. from Georgetown University in 1954. After completing a rotating internship in the Georgetown Program at Mercy Hospital in Buffalo, NY, Paul served two years as an Epidemiologist in the United States Public Health Service stationed in Phoenix, Arizona.  Following that, he held a two-year residency and one year Cardiology Fellowship in Seton Hall University Medical School Program at the Jersey City Medical Center.

In 1960, Dr. Coleman established his medical practice in Danbury, CT, specializing in Internal Medicine with an emphasis in Cardiology.  In 1962, he and Dr. Raphael Schwartz established Danbury Internal Medicine Associates.  In addition to his private practice, he was Chief of Electrocardiography at Danbury Hospital from 1961 – 1978.  He was an Electrocardiographic Interpreter from 1961 until his retirement in 1995.  Dr. Coleman was co-founder of the Coronary Care Unit at Danbury Hospital and served as Chief of the unit until 1980, when a full time Cardiology Chief was employed by the hospital. Dr. Coleman was active in the Danbury Heart Associates and was its President from 1961-1962.

Dr. Coleman was a member of St. Joseph Church in Danbury and was co -trustee with Thomas Robertazzi. He served on the Parish Council from 1995- 2005 and served several terms as President of that Council. He was a teaching facilitator for the parish adult bible study program from its inception in 1994. He served as attending physician for the sports programs of both St. Joseph School and Immaculate High School.  He served as Medical Director of the Pope John Paul Center for Health Care from its inception until 1985.

An avid boater, Dr. Coleman was a member of the Lake Candlewood Power Squadron. He loved piloting his powerboat, the “Seven C’s,” on Lake Candlewood, Hudson River, NY inland waterways, Long Island Sound and Block Island Sound.  Following his retirement, he was a member of the Richter Park Senior Men’s Club from 1994 until his health necessitated his retirement from golf in 1999. He also had a love of gardening and a passion for woodworking, which continued throughout his retirement years. He had a fond affection for music and loved to play the piano and organ. He enjoyed photography and was always taking pictures of family, holidays, vacations, and grandchildren’s special events.   Dr. Coleman was an animal lover and loved his pets very much. He had a special bond with his beloved pet Sparky, a loyal beagle who never left his side. An avid sports fan, you could always find Dr. Coleman rooting for his favorite teams, the Boston Celtics, Boston Red Sox, and the New England Patriots.

Dr. Coleman is survived by his wife of 67 years, Patricia, and his five children, Paul and his wife Kimberly of New Fairfield; Anne of Morris Ct; William of Milford, Ct; John of New Milford, NJ; and Patrick and his wife Sheri of Wrentham Massachusetts.  He is also survived by seven grandchildren Shannon, Kerry, Jordan, Max, Jessie, Sean, and Cristina; two step granddaughters Shannon and Carolyn and her husband Jay; and a great step granddaughter, Olivia.

A mass of Christian burial will be celebrated at St. Joseph Church of Danbury on Saturday August 28th at noon.  Burial will follow in St. Peter’s Cemetery in Danbury.

The family would like to express sincere gratitude to both Maplewood of Danbury and Hospice of Ridgefield for their excellent care of Paul.

Memorial donations may be made to the Alzheimer’s Association or Regional Hospice of Ridgefield.

Share Your Memory of
Paul
Upload Your Memory View All Memories
Be the first to upload a memory!
Share A Memory
Send Flowers
Plant a Tree