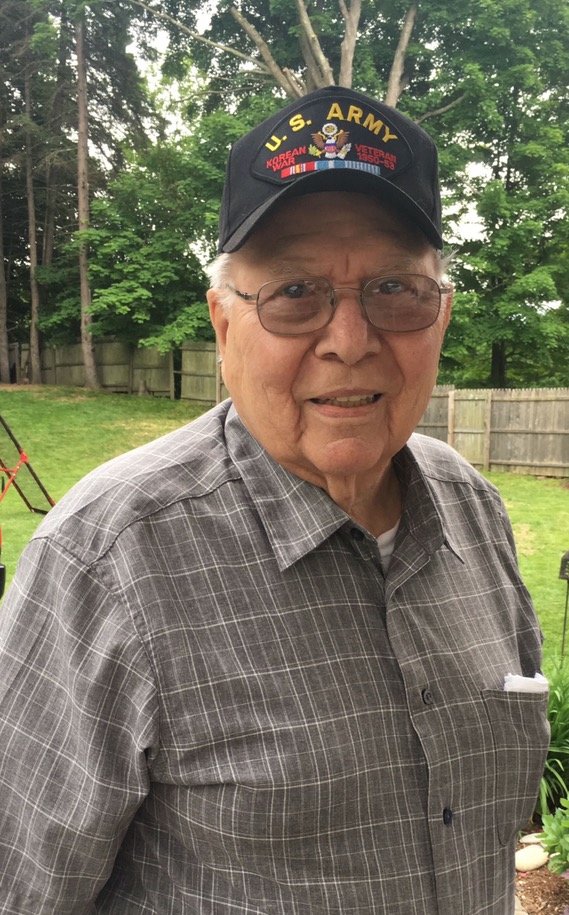 James W. Kovacs, 87, loving husband, dad, grandpa, and friend to many, passed away peacefully with his family by his side at Danbury Hospital on May 3rd, 2021. Jimmy was born July 13, 1933, in South Norwalk, Connecticut, where he was raised. Son of Benjamin and Julia Nyiri Kovacs and predeceased by his three brothers Benjamin, Gabriel, and John.

James proudly served his country as a corporal in the United States Army during the Korean War in the 1704th Headquarter Battery 13th Field Artillery Battalion from 1953 and honorably discharged in 1961. During his service, he received the Good Conduct Medal, United Nations Service Medal, Korean Service Medal, and the National Defense Service Medal.

Soon after, he met the love of his life, “his bride,” Rose Marie Pascarelli, married for 61 years this month whom he shared a lifetime of memories and adventures. He raised his family in Danbury, Connecticut, and is survived by his devoted wife, Rose, his three children, James Jr. “Jimbo,” Linda, and Larry (Laurie), his sister, Elsie Methven, and his forever daughter-in-law, Alice Corso. James is also survived by four granddaughters, his, “beautiful girls,” Shayna Kovacs Osimanti (Marco), Lauren and Jordan Kovacs, and Taryn Terracino, as well as many nieces, nephews, and lifetime friends.

James was employed at Spadone Machine Company until his retirement and had a neighborhood-known collection of tools, nuts, and bolts so that he could help others repair just about anything. He worked part-time nights for the United States Postal Service in Norwalk, Connecticut, and his commendable work ethic has been passed down for generations.

“Saint James,” as he often called himself, had an uncanny sense of humor that was undoubtedly contagious. His soft smile was warm and his wit, welcoming. He is the humble man we all love, respect, and admire. He is honored for his patience, endless support, and the kindness that he portrayed to all he knew. Although he left us so suddenly, he will remain in our hearts and our souls forever.

A celebration of life will be held at a later date at the convenience of the family. Services will be private.

Share Your Memory of
James
Upload Your Memory View All Memories
Be the first to upload a memory!
Share A Memory
Plant a Tree