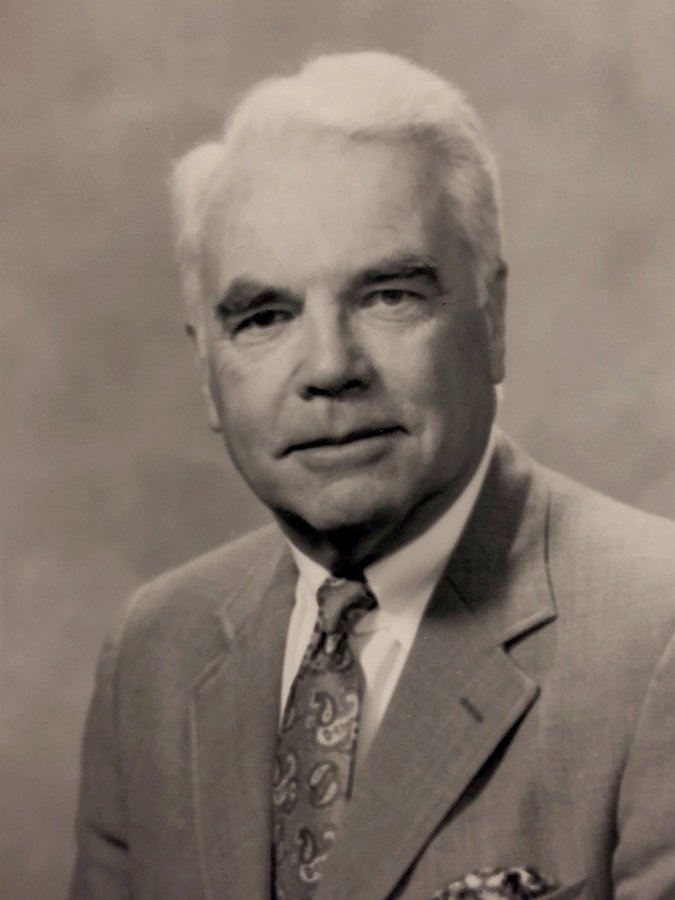 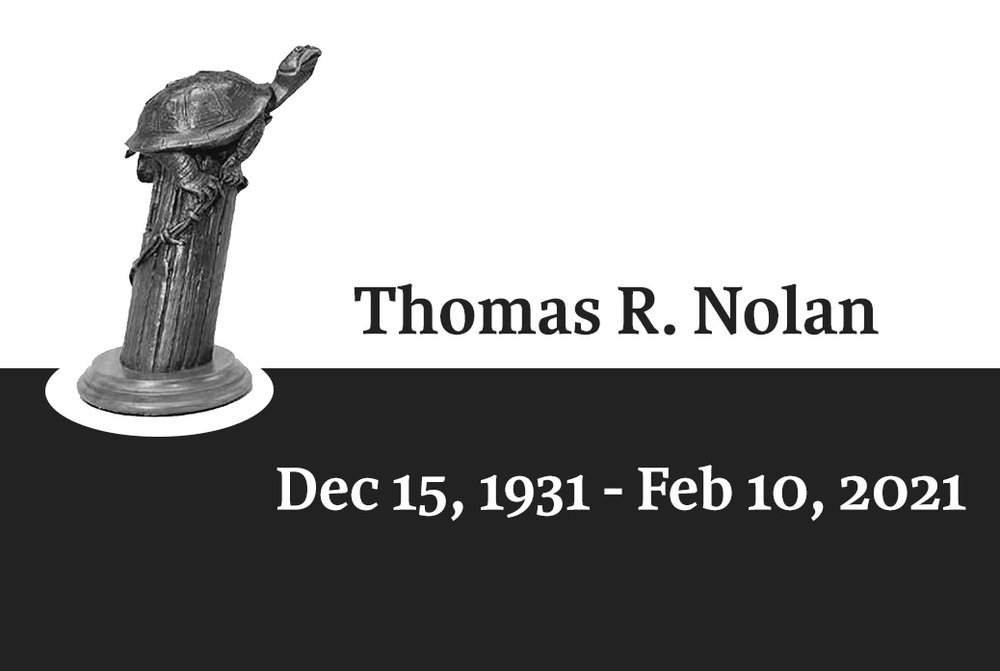 Tom grew up on Long Island during the Depression. He attended Garden City High School, where he played lacrosse against Jim Brown, and graduated with the Class of 1950. He then attended Cornell University, where he took courses with Ruth Bader Ginsberg, and graduated with the Class of 1954 from the School of Industrial and Labor Relations. While at Cornell, in 1953, Tom married Mildred Ann Wagner, also from Garden City.

Tom then served as a Lieutenant on active duty for two years stationed at Walter Reed Army Hospital. In 1956, he settled in Brookfield when he joined The Barden Corporation becoming Personnel Director. He left in 1970 to establish businesses in professional and temporary placement, home health care, and real estate. He retired in 2000.

In the community, Tom was elected to the Board of Trustees of Union Savings Bank in 1972 and served as Chairman for 16 years. He served as Chairman of the Building Committee for the Huckleberry Hill School in Brookfield which opened in 1961. Since 2002, he has been a Trustee and point-of-contact for the Central Cemetery Association of Brookfield.

For 50 years, Tom’s service in support of the mission of the Lions Clubs, as Knights of the Blind, was deeply personal. He, his father, and two sisters each received corneal transplants. Tom was widely recognized for his work with the Danbury and Brookfield Lions Clubs, Lions Low Vision Centers of Fairfield and New Haven Counties, Low Vision Support Group at the Danbury Senior Center, Lions Low Vision Centers at Danbury Hospital and St. Mary’s Hospital in Waterbury, and Lions Pediatric Eye Screenings at area schools. Thousands of members of the community know of Tom’s devotion to this cause.

Tom was an active member of the Valley Presbyterian Church and Men’s Fellowship groups at the Congregational Church and Saint Paul’s Episcopal Church in Brookfield. Tom shared his faith by greeting people with a personal calling card that featured a turtle-on-a-fencepost. This image symbolized the help from above he gratefully acknowledged throughout his life.

Tom is also survived by his son Jeff, his son Richard’s wife Karen, granddaughters Claudia Nolan and Michele Layher (Alex), and his great grandson Richard. Tom’s second great grandchild was due on the day of his passing.

In memory of Tom, please consider blood and organ donations, and contributions to the local Lions Clubs. And do send flowers to someone you love.

At Tom’s request, a private service for family will be held prior to interment at Central Cemetery.

Share Your Memory of
Thomas
Upload Your Memory View All Memories
Be the first to upload a memory!
Share A Memory
Plant a Tree