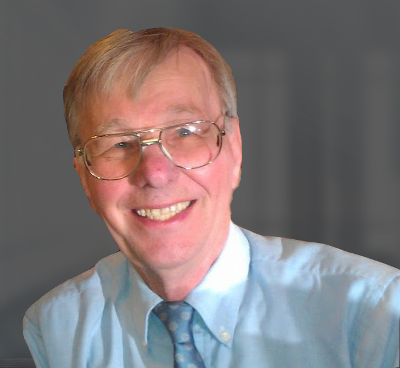 George David Hogan, 88, died on Wednesday September 2, 2020 in Newtown, CT. He was born on March 3, 1932 in Melrose, MA to Vernon and Marie Hogan. In 1955 he married Audrey Walsh, together raising four sons: David, James, Robert and Richard. The marriage ended in divorce. In 2000 he re-married to Joan Dyson (Close).

George is a Korean War Veteran, joining the U.S. Air Force as a Radio Engineer in 1959.  He attended the University of Maryland earning[1]  a Bachelor of Science Degree in Electrical Engineering and was also a Track and Field athlete, being named as ‘All ACC’ in the High Jump.  George joined NASA Goddard Space Flight Center in the early years of the space era where he worked as an engineer and program manager on many pioneering unmanned missions including the first generation of remote sensing and weather satellites, NIMBUS, Landsat[2]  and the Solar Optical Telescope.  After three decades George retired from NASA, transitioning to private industry at what is now Goodrich Optical Systems, Danbury, CT. There he supported the servicing missions for the Hubble Space Telescope which enabled the continuation of its groundbreaking exploration of the universe through multiple decades. George has three grand-children and three great grand-children. He is survived by his four sons, wife Joan and brothers Jack and William. He is predeceased by his parents, sister Elizabeth and brother Richard.

George lived for over two decades in Heritage Village and was a volunteer at the community library and a Salvation Army Bell Ringer during the holidays. He was a devoted husband to Joan.  George was a wine connoisseur and chess aficionado.  He was proud of his contributions to space exploration and especially followed the discoveries of the Hubble Space Telescope.

George’s family will receive relatives and friends at the Cornell Memorial Home, 247 White Street Danbury on Saturday September 12, 2020 from 4 to 5 p.m. Burial will be private and at the convenience of the family.

Share Your Memory of
George
Upload Your Memory View All Memories
Be the first to upload a memory!
Share A Memory
Send Flowers