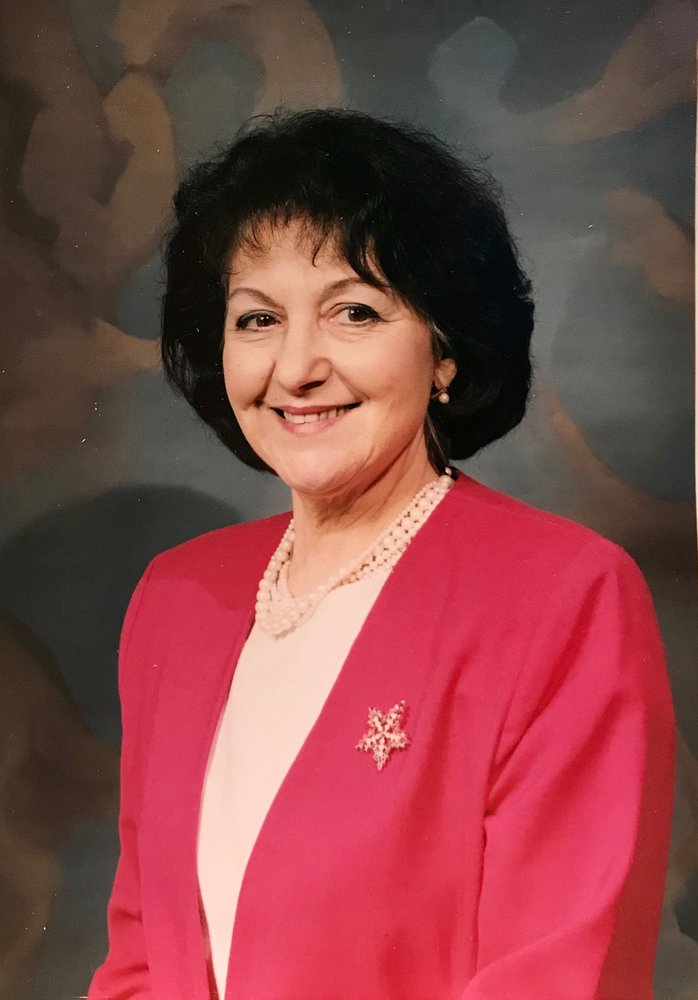 Please share a memory of Antoinette to include in a keepsake book for family and friends.
View Tribute Book
Antoinette Gloria Bosco, 91, of Brookfield, died peacefully in her home on March 20th, 2020 with her devoted daughter, Margee Minier by her side.  She was born in Rome, New York on September 18, 1928, daughter of the late Joseph and Mary (Sgambellone) Oppedisano of Albany, NY, and mother of seven children. She lived the fullness of her years, left her family with endless memories and our world with her tremendous legacy. Antoinette Bosco was a prize-winning journalist, magazine writer and author of 17 books, and for more than three decades a syndicated columnist for the national Catholic News Service. Her work appeared in magazines such as Ladies Home Journal, Women’s Day, Reader’s Digest, Guideposts, Writer’s Digest, Catholic Digest, and Parade. Her contributions included thousands of columns and newspaper articles written during her 11-year tenure as Editor at The Long Island Catholic and as Executive Editor of The Litchfield County Times in Connecticut for 13 years. A 1950 graduate of the College of Saint Rose with a bachelor’s degree in Science and Chemistry, Bosco went on to earn a master’s degree in Liberal Studies from the State University of New York at Stony Brook in 1970. From 1972 to 1982, she served as Associate Director of Community Relations and Assistant Professor of Clinical Health Sciences at SUNY Stony Brook. In 1992 she completed a course of religious studies at Oxford University. She served for five years as Suffolk County Human Rights Commissioner on Long Island. Bosco received 12 awards in the Editorial Page Column and News Feature categories from The Society of Professional Journalists-Connecticut Chapter; 1st place award for County Life from the National Newspaper Association, New England Press Association prize for Religious Writing, the Connecticut Psychiatric Society and Department of Mental Health, the American Osteopathic Association, and was 1st place national winner in the University of Missouri J.C. Penney Lifestyle Journalism Awards. She served on the Advisory Board of Woman magazine in Connecticut and was for many years a judge for books on spirituality for the Catholic Press Association. She served on the journalism faculty of the University of Connecticut-Torrington, and was a conference panelist for the American Society of Journalists and Authors. Her Op-Ed articles were published in The New York Times, the Times Union (Albany, NY), The Hartford Courant, and the Danbury News Times. Bosco’s frequent speaking engagements included over 250 talks on journalism, human rights, spirituality and a numerous areas of social justice. Upon the tragic deaths of sons and a daughter-in-law, she shared her grief in her book, “Finding Peace Through Pain: The True Story of a Journey into Joy.” In recognition of her “determination, enduring spirit, and professional accomplishments”, The College of Saint Rose conferred upon her the honorary degree of Doctor of Humane Letters in 1996. Bosco was the subject of numerous newspaper features and a guest of many television talk shows. For her tireless work to end the death penalty she received the Connecticut Network to Abolish the Death Penalty’s Walter Everett Humanitarian Award. For her 2001 book entitled, “Choosing Mercy: A Mother of Murder Victims Pleads to End the Death Penalty” she won the prestigious Christopher Award for artists whose work “affirms the highest values of the human spirit.” Newsday called Bosco’s “The Pummeled Heart” a spiritual classic that might be inspiring decades or even centuries from now. More information about her timeless books is available at www.AntoinetteBosco.com. Donations to support Alzheimer’s research in honor of Antoinette Bosco may be made at https://act.alz.org/donate. Antoinette will be sadly missed by her four cherished children, Paul J. (Elvira) of Brooklyn, NY, Mary C. (Richard) van Valkenburg of Hobart, NY, Margaret (Margee) B. Minier of Brookfield, Francis X. (Judith) Bosco of New York, NY, and daughter-in-law Bernadette Bosco of Tinley Park, Il. She was predeceased by her sons, Peter I. Bosco, John D. Bosco and Sterling Bosco.   Antoinette was the 2nd of eight children. She is survived by two brothers and two sisters, James Oppedisano (Barb Hammerli) of Longs, SC, Jeannette Oppedisano (Kenneth Laird) of Castleton-on-Hudson, NY, Richard (Rose) Oppedisano of Latham, NY, and Nancy (Joe) Andre of Albany, NY. She was predeceased by her beloved siblings Rosemary (Frank) Grieco of Albany, NY, Joseph (Jodi) of Albany, NY and Loretta Kelly of Albany, NY. She is survived by fifteen (15) grandchildren: Dominic Bosco-Lauth of Elizabeth, CO, Angela Bosco-Lauth (Nicole Henery) of Fort Collins, CO, Florian A. Minier (Bina Chauhan) of Austin, TX, Mikaël Antoine Minier, Sophia van Valkenburg of New York, NY, Talia (Sam) Wilo of Kingston, NY, Gabriel Bosco of New York, NY, John P. Bosco of Brooklyn, NY, Larry (Colleen) Bosco of Morris, Il, Bonnie (Dave) Miller of Woodridge, Il, Gregory (Mary) Bosco, Julie Bosco-Siegal of Hobart, IN, Patrick (Rebecca) Bosco of Chicago Heights, IL and Steven (Sara)Bosco of Tinley Park, IL. and was predeceased by granddaughter Wendy Bosco Bowman She is also survived by twenty one (21) great-grandchildren : Eliphalet Bosco, Coralee Bosco, Lea Mieko Antoinette Minier, Amy Miller-Koenig (Nicholas), Stacy B. Miller, Brett Rodgers, Kristen Rose (Jason)Sullivan, Phillip (Annie)Bosco, Megan (Micah) Rockwell, Melissa (Justin)Nichols, Mitchell Siegal, predeceased by great-grandson Matthew Sterling Siegal, Elizabeth Siegal, Connie (Roland)Burke, Mikaela Bosco, Seth Bosco, Colin Bosco, Riley Bosco, Jake Bosco, Abigail Bosco, and Kylie Bosco And eight (8) great-great-grandchildren : Susan Koenig, Lucia Koenig, Mercy Rockwell, Justice Rockwell, Taylor Burke, Brian Burke, Jason Burk, Eric Burke Antoinette also had dozens of beloved nieces and nephews along with their extended families in Albany, NY and spread across the entire United States. A Celebration of Antoinette’s life will take place at a later date.

Look inside to read what others have shared
Family and friends are coming together online to create a special keepsake. Every memory left on the online obituary will be automatically included in this book.
View Tribute Book

Share Your Memory of
Antoinette
Upload Your Memory View All Memories
Be the first to upload a memory!
Share A Memory
Plant a Tree