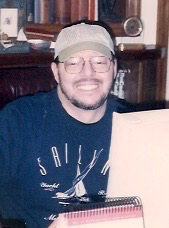 David Smith, 64, of Danbury, passed away peacefully on January 5, 2020 surrounded by his loving family. He was born in Danbury, on October 14, 1955, the son of the late Robert W. Smith and Elia F. Firmo. David graduated from Bethel High School class 1973. David’s entrepreneurial spirit lead him to establish Bushwood Custom Woodworking, where he designed and created custom wood furniture and toys. His signature piece was his Noah’s Ark Toy Chest which families have passed down generation to generation. David also worked for the Danbury News Times where he worked in the Customer Service department. During his tenure there, he wrote a series on genealogy. His passion for history and genealogy lead him to found the Broken Branch Historical Library, which helped countless families throughout the country trace their roots. The Broken Branch Historical Library houses an extensive collection of historical records, documents and books. As the Founder and President he provided professional research services and conducted seminars on numerous history and genealogy topics. He joined the board of directors at Wooster Cemetery in Danbury and was later appointed the President. Putting his woodworking talents to use, David spent a great deal of his own time beautifying the property by working on custom projects for the organization. David also took solace photographing the wildlife and natural beauty of the grounds. He was known to many as the caretaker of Wooster Cemetery and would often share stories about it’s history. He is survived by the love of his life, Emma Smith, his wife of 43 years; his devoted children: Cortress Kinsey Jones of Waterbury, Shaun Kinsey of New Milford, Monique Sefsik and her husband Jason of Brookfield, and Marcus Smith of Danbury; his cherished grandchildren who brought him an enormous amount of joy: Elijah Jones, Jaden Jones and Olivia Sefsik; his sisters: Rosemary (Leroy) Thurman of Waterbury, Christine Smith of Danbury, Margaret Cottrel of Titusville, FL and Maria Driscoll of Thomaston; his sister-in-laws: Diane Smith of Carlise, IA, Willia (Anthony) Jones of Waterbury, Cathy Waver of Waterbury, and Lisa Waver of Waterbury, as well as his many nieces, nephews, extended family and friends. He was predeceased by his sister Dianne L. Smith and his brother Robert J. Smith. Burial will be private. A celebration of life will be held at a later date.

Share Your Memory of
David
Upload Your Memory View All Memories
Be the first to upload a memory!
Share A Memory
Plant a Tree