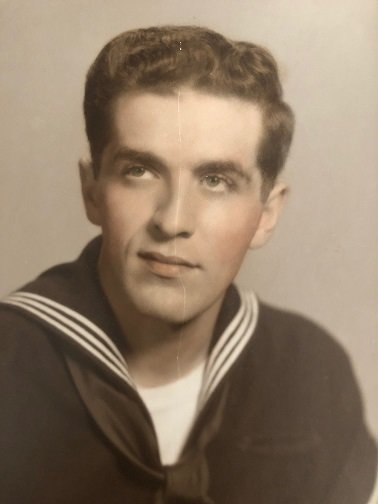 Mr. Greco was born February 8, 1931 in New Britain. He was the son of the late Frank Thomas Greco and the late Rose (Greco) Forgione. He taught math at Dolan Middle School in Stamford for 32 years, and retired in 1994. Mr. Greco was a communicant of St. Joseph Roman Catholic Church in Brookfield. He enjoyed fishing, but his main joy in life was spending time with his family, especially his six grandchildren.

Mr. Greco proudly served his country as a member of the United States Navy during the Korean War.

In addition to his wife Patricia, Mr. Greco is survived by: Mitchell and Christina (Greco) Hillsberg and their children, Mikaela and Matthew of Burlington; Mark and Lori Greco and their children, Jack, Ben and Avery of Franklin, MA; Anthony and Elizabeth (Greco) Setaro and their son Vincent of Watertown;  his sister Joan (Greco) Hamel of New Britain and several nieces and nephews.

Mr. Greco’s family will receive family and friends at the Brookfield Funeral Home, 786 Federal Road, Brookfield on Thursday April 11, 2019 from 5 to 7 p.m. In keeping with Frank’s wishes, a private mass and Christian Burial will be held, with immediate family only, at St. Joseph’s Roman Catholic Church and Central Cemetery in Brookfield.

Share Your Memory of
Frank
Upload Your Memory View All Memories
Be the first to upload a memory!
Share A Memory
Plant a Tree