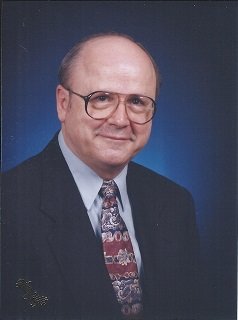 David Louis Green died peacefully Friday, March 29, at home in Danbury, CT, after battling pancreatic cancer. David was born January 19, 1933. A resident of Danbury since 1980, he and his wife, Beverly, met at the University of Michigan and were married August 28, 1954.

David grew up in Detroit, MI.  His life-long interest in singing was sparked at age 9 when he was encouraged to join the all-male choir of Christ Episcopal Church by the director. He continued to sing in and/or direct church choirs the rest of his life. He also began playing trombone when he was 9, and graduated from the University of Michigan in 1955, under the conductorship of renowned conductor William Revelli, with a B.A. and M.A. in Instrumental Music Education. David served in the U.S. Army from 1955-1958 as a trombonist in the U.S. Military Academy Band at West Point, NY.  He taught high school band in Fenton, MI and Springfield, MI from 1958-1964. While living in Battle Creek, David played trombone and Beverly played French horn in the Battle Creek Symphony Orchestra, and they both sang in the First Presbyterian Church choir.

He embarked on a new career in 1966 as a Systems Programmer at the Defense Logistics Service Center in Battle Creek, MI, and continued to work as a systems programmer/analyst until his retirement in 2001.  From 1978 to 1985 David worked for General Foods, during which time he was transferred to their headquarters in White Plains, NY.  From 1985 until retirement he held programming positions with Southern New England Telephone Company (SNET) and Computer Sciences Corporation.

David was a charter member of Valley Presbyterian Church in Brookfield, CT, after moving to Danbury. He founded and directed the choir for many years, accompanied by Beverly on piano. He sang with the Connecticut Choral Society from 2001-2018, also serving as their treasurer. He continued his passion of performing on the trombone until age 82, and was a member of the Danbury Trombone Outfit, an area trombone ensemble, and the Danbury Orchestra. David was also an active member of the Danbury Area Computer Society for many years, serving as treasurer and president.

He was preceded in death by his wife, Beverly, and brother, Larry Green. He is survived by his sister, Carolyn Hartnett, Buda, TX, sister Mildred Herman, Chelsea, MI, and brother Raymond Green, and wife Phyllis, of Arlington Heights, IL. He is also survived by his children and grandchildren, Sandra Sander, Tamaqua, PA, mother of Keith and Wade Howard; Edward Green of Allen, TX, the father of Garrett and Jordan; and Ronald Green, and wife, Eda, of Bethel, CT, and Ronald’s children Meaghan, Bryar, and Abigail.

The funeral service will be held Thursday, April 4, at 7:00 p.m. at Valley Presbyterian Church, 21 West Whisconier Road, Brookfield, CT  06804. Visitation will be there from 5 to 7 p.m. In lieu of flowers, donations may be made to Regional Hospice and Palliative Care, Danbury, CT or the David Green Memorial Fund at Valley Presbyterian Church. Sympathy cards may be sent to Cornell Memorial Home, 247 White St., Danbury, CT 06810. To light a candle of hope and remembrance please visit www.CornellMemorial.com.

Share Your Memory of
David
Upload Your Memory View All Memories
Be the first to upload a memory!
Share A Memory
Plant a Tree