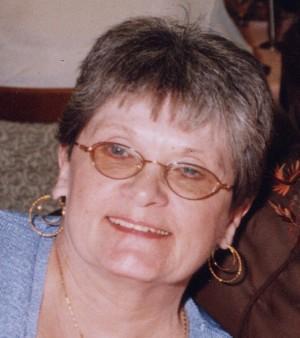 Virginia (Adams) (Skelly) Woodin March 17, 1942 - September 02, 2004 Virginia R. (Adams) (Skelly) Woodin, 62, of Glen Ridge, New Milford, wife of the late John Woodin, died at Yale in New Haven on Thursday, September 2nd. She was lovingly known as "Ginger" to her family and friends. Ginger was born in Danbury on March 17, 1942, daughter of the late Lester and Lou (Wright) Adams. She was a graduate of Danbury High School, Class of 1960 and attended Cosmetology School in New York. She worked for Western Connecticut State University in the maintenance department. Ginger was a loving and devoted grandmother who was happiest playing games with her granddaughters and baseball with her grandson. She enjoyed membership in the New Milford Senior Center, AARP, the Westchester Broadway Dinner Theater, and Holiday Park in Northport, Florida. She will be sadly missed by her son, Douglas L. Skelly and his wife, Trish of New Milford; her two stepsons, John H. Woodin, Jr. and Donald E. Woodin, both of Danbury; her two stepdaughters, Laurie A. Wingard and her husband, Chuck, and Donna M. Doris and her husband, Kevin, all of Naugatuck; her cherished grandchildren, Stephanie and Hunter Skelly, Jennie and Emily Wingard, Caitlin and Erin Doris. She is also survived by her three sisters, Sandra Szente of Danbury, Luann Garcia of Wappinger Falls, NY., and Linda Ovilet of Hopewell Junction, NY.; as well as numerous nieces and nephews. Funeral Information Funeral Services will be held at the Cornell Memorial Home, 247 White Street, Danbury, on Wednesday, September 8th at 10:00am. Burial will follow in Valley View Cemetery, Dover Plains, New York. The family will receive friends at the Cornell Memorial Home on Tuesday, September 7th between the hours of 4 and 8pm. Donations Information Memorial Contributions in the memory of Virginia Woodin may be made to the New Milford Senior Advisory Board, 40 Main Street, New Milford, CT. 06776.

Share Your Memory of
Virginia
Upload Your Memory View All Memories
Be the first to upload a memory!
Share A Memory
Send Flowers