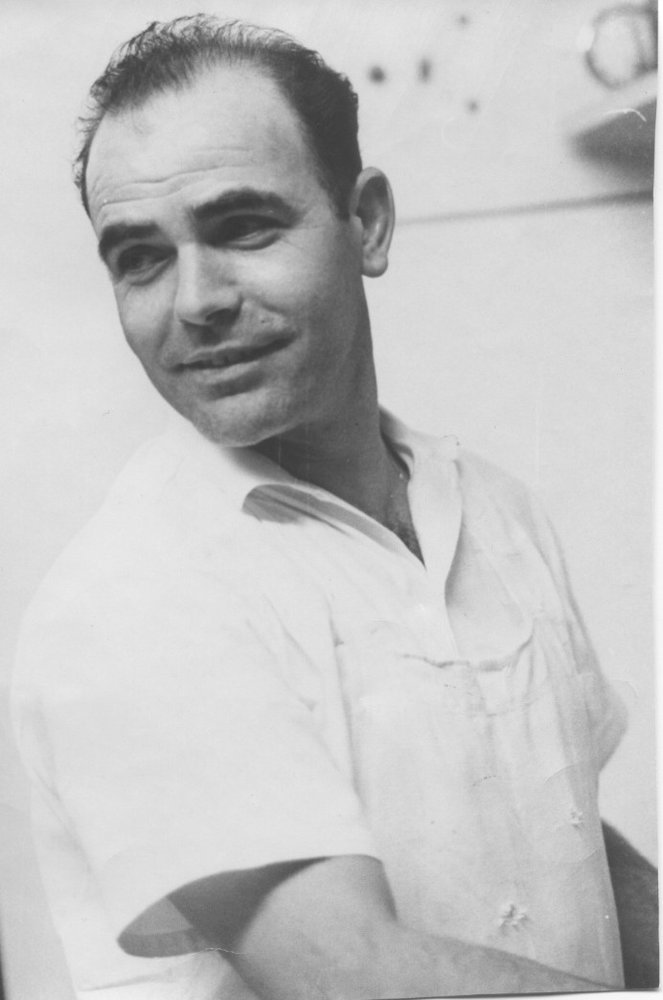 Please share a memory of Arduino to include in a keepsake book for family and friends.
View Tribute Book
Arduino "Art" Magnifico December 06, 1927 - December 07, 2010 Arduino "Art" Magnifico, 83, of Danbury, devoted husband of Mary (Moffa) Magnifico, died peacefully at his home on Tuesday, December 7th. He was born in Riccia Campobasso, Italy on December 6, 1927, son of the late Florindo and Carmela (Martina) Magnifico. Art was well known as a figure at the Old Oak Restaurant and later, along with his brother Fiorino, owned and operated Magnificos Restaurant. He was a person of devotion and integrity, a man who understood a hard day's work. Art was a wonderful chef and cooking was his passion. His greatest joy was a table surrounded by family and friends, enjoying the dishes he lovingly prepared. Art lived as a proud American, yet his native country, Italy remained deep in his heart. In addition to his beloved wife, Mary of 60 years, he will be sadly missed by his daughter, Lorenzina "Lorie" Davis of Danbury; his granddaughter, Tessa Davis of New Haven; his two brothers, Fiorino Magnifico and his wife, Thereza of Fl, and Carmen Magnifico and his wife, Rosa of Italy; his sister, Lorenza Geremia and her husband, Giuseppe of Italy; and his sister-in-law, Concetta Magnifico of Italy. He is also survived by several nieces and nephews. He was predeceased by his brother, Michele Magnifico. Funeral Information A Mass of Christian Burial will be celebrated on Wednesday, December 15th at 10:30am at St. Peter Church, Danbury. Burial will follow in St. Peter Cemetery. The family will receive friends at the Cornell Memorial Home, 247 White Street, Danbury, on Tuesday between the hours of 4:00 and 7:00pm. Art's family would like to express their sincere appreciation to Dr. Rella, the Praxair Cancer Center, and Regional Hospice for their loving care. Donations Information At the family's request, memorial contributions in his memory may be made to Danbury Hospital Development Fund, Praxair Cancer Center, 24 Hospital Avenue, Danbury, CT 06810.
Wednesday
15
December

Look inside to read what others have shared
Family and friends are coming together online to create a special keepsake. Every memory left on the online obituary will be automatically included in this book.
View Tribute Book

Share Your Memory of
Arduino
Upload Your Memory View All Memories
Be the first to upload a memory!
Share A Memory
Send Flowers
Plant a Tree